What Linda Evangelista Taught Me About Fear, Fat and Quick Fixes 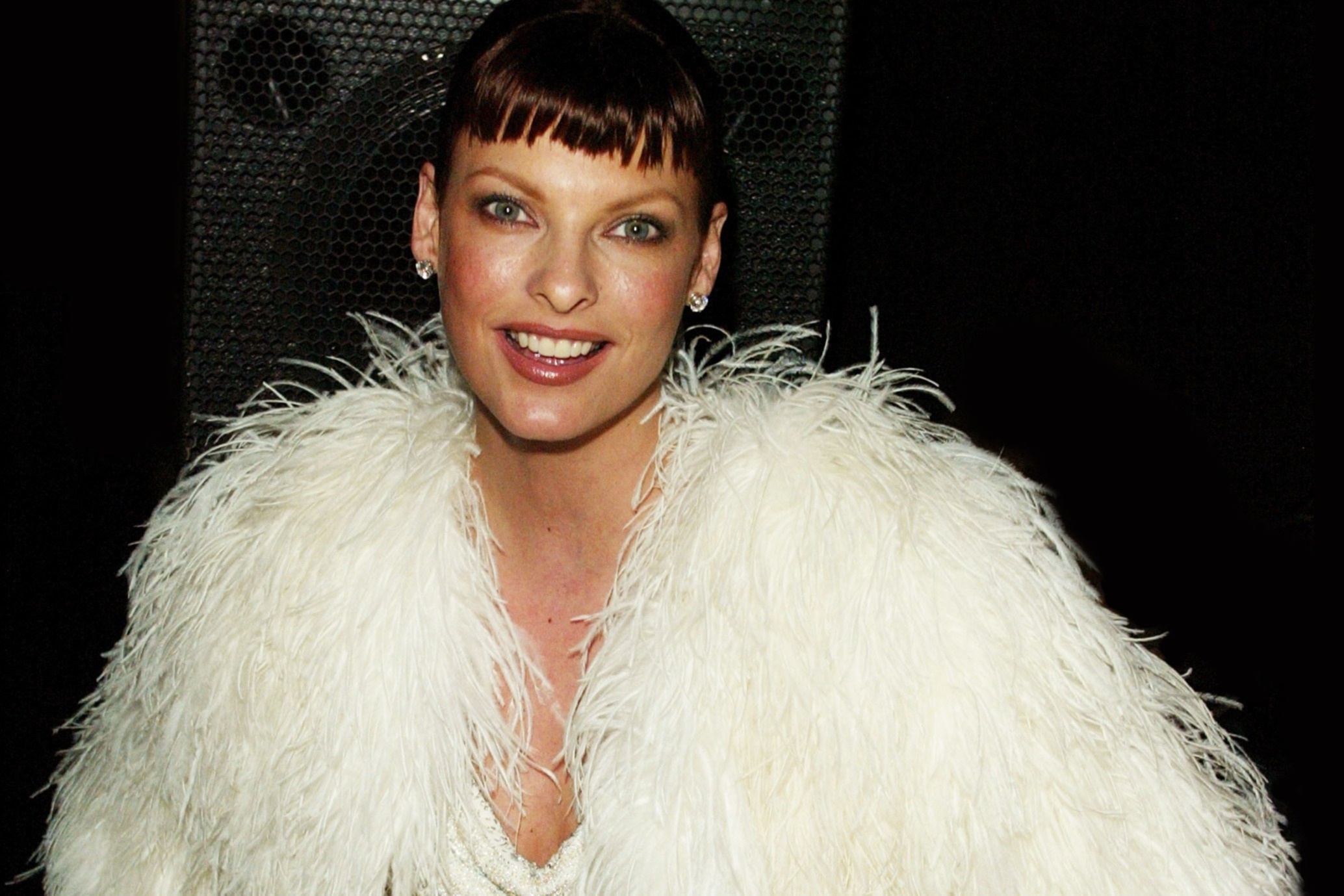 If you were a teenage girl in the ‘90s, you probably had “your” supermodel—the one with whom you felt an irrational kinship, whose ad campaigns and editorials papered your bedroom walls. By 15, already quite the discerning fashion fan, I considered Claudia Schiffer too Barbie for my tastes. Cindy Crawford was too textbook all-American for me. Christy Turlington, almost untouchably perfect. Naomi Campbell, wildly intimidating. But Linda?

Linda Evangelista was my girl. She looked like a fashion illustration in 3-D, and treated her beauty as a blank canvas, dying and chopping her hair to transform herself into whatever the season seemed to demand: A puckish chestnut crop one month, sculpted Marilyn waves the next. Imagine Cindy Crawford showing up one day with a Mia Farrow pixie? Sacrilege! Experimentation would put the Cindy brand in jeopardy. But experimentation was the Linda brand, which to me made her the only “real” fashion person of the bunch. The rest wore the clothes impeccably. Linda was an innovator in her own right. 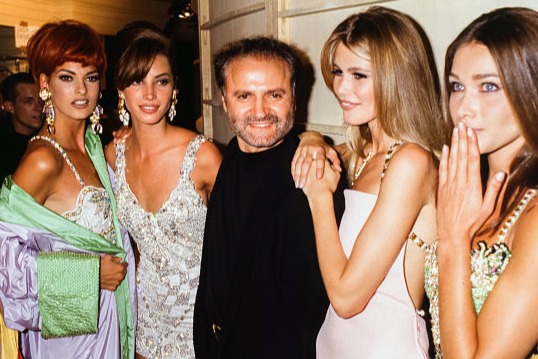 And, fine, I’ll admit there was a soupçon of narcissism in my allegiance. If I squinted hard and stepped about 20 feet back from my bedroom mirror, I was able to see some hint of shared facial architecture. Just enough to make me believe, on more than one occasion, that it would be a grand idea for me to imitate her latest haircut or color. The results were unfailingly pathetic, a harsh reminder that Linda operated on a different plane. Who was I kidding? She was Linda! She vacationed on private yachts, boogied in Cannes, lived on the Concord, did not hide her cigarette in party photos, and infamously declared that supermodels did not get out of bed for less than $10,000 a day. She did not bother with the charade of being “regular.”

And so she remained, lingering in the back of my brain and in the occasional George Michael video flashback. For most of the past 15 or so years, I assumed we didn’t see much of her because, Linda being Linda, she had chosen to go out on top, and was off enjoying retirement on some private island with an aging-rocker boyfriend. I though her disappearance only reinforced her position as the cool one. But this past September, she revealed on Instagram that nothing could be further from the truth: Evangelista has spent the past five years in hiding, ashamed to be seen because of a cosmetic procedure that left her “brutally disformed” and “permanently disfigured.” “I have become a recluse,” she wrote.

Good lord, what kind of damage were we talking about here? CoolSculpting, the procedure Evangelista had in 2015, is an in-office dermatological procedure that purportedly spot-reduces fat in hard-to-lose areas. The model had it performed under her chin, on her inner thighs, and on her upper back. But in the months after the procedure, she saw the opposite of the promised effect: Instead of shrinking these areas, she was left with larger, harder, numb deposits of fat. Her doctor diagnosed her with Paradoxical adipose hyperplasia (PAH), a rare condition affecting less than one percent of CoolSculpting subjects. No amount of dieting or liposuction would undo it.

Until February, we just had to take her word for how bad it was. Then came the inevitable People magazine story, with photographic evidence. “I’m not hiding anymore,” Evangelista declared. As soon as the news alert popped up on my phone—this was breaking news, naturally—I clicked it. But when the photos popped up, I didn’t see “disfigured”: I saw a body that looked not unlike my own. Yes, there were bulges over the back of her bra, and at her inner thigh, that had never before been seen on this particular body. But if this was what it looked like to be “deformed” …aren’t we all?

For years, I had supported Linda. Now I felt a bolt of something closer to schadenfreude: Was this superhuman experiencing the shame and social degradation of having fat on her body for the first time?  Welcome to my world, Linda.

Almost as quickly as I had turned to the dark side, I felt myself soften. Who among us is not susceptible to the promise of a quick fix, a subtle fine tuning of my appearance. And who among us would not be devastated if that quick fix went drastically, and permanently, awry. It turns out the rest of us are a lot like Linda, after all. As the model told People, “I drank the magic potion.” Yep, me too.

What I remember most about the day I tried CoolSculpting is that it was sun-drenched early summer—a glorious time to be a not-yet-invisibility-aged woman in Manhattan—and I was wearing a new skirt made of silky, swishy olive green fabric. I remember the skirt because as I walked from the subway to the office of the beauty-world-famous Park Avenue dermatologist who promised to banish the fat cells on my lower stomach forever, it brushed across my legs, fluid and feminine, as if there was nothing between my skin and the outside world but a layer of air. And I remember it because when I walked out of the famous dermatologist’s office an hour or so later, newly CoolSculpted, that skirt was so thin I could feel the temperature of my own stomach through it, cold and foreign and also completely numb—like your tongue after a shot of novocaine, still there but also strangely not.

The sensuality of the morning was gone. I felt anxious and stupid, realizing that—like Linda, no doubt—I’d asked remarkably few questions about this procedure before offering myself up to it.  Would the sensation return? I also felt exposed, as if a red light was blinking under the skirt, alerting anyone walking by to my superficiality, the throbbing insecurity that had just led me to invite someone to freeze a part of my body in the hope of shedding an inch.

When I saw those pictures of Linda Evangelista in People, the most unrecognizable thing about the woman I once memorized pore-for-pore was not her body. It was her eyes. Still the same familiar blue, but filled with fear, shame, and something I wanted to believe that the Linda Evangelistas of the world, at least, are exempt from: Crippling self doubt. In some of the photos, she is looking at her own body in the mirror with an expression that hits paralyzingly close to home; because of course she is revealing what happened to her body but also, like that red light flashing on the streets of New York, she’s revealing the insecurity and vanity that led her to that doctors’ office in the first place.

I do wish she hadn’t used words like “deformed” and “disfigured” to describe an appearance that is still exceptionally beautiful even if it’s not within the parameters she once exemplified. She’s still a woman other women would kill to look like. But just as I can’t imagine ever possessing her kind of beauty, I also can’t imagine what it feels like to put that beauty—such a fragile source of one’s identity, and livelihood—in someone else’s hands, and then to be so certain it’s been taken away. 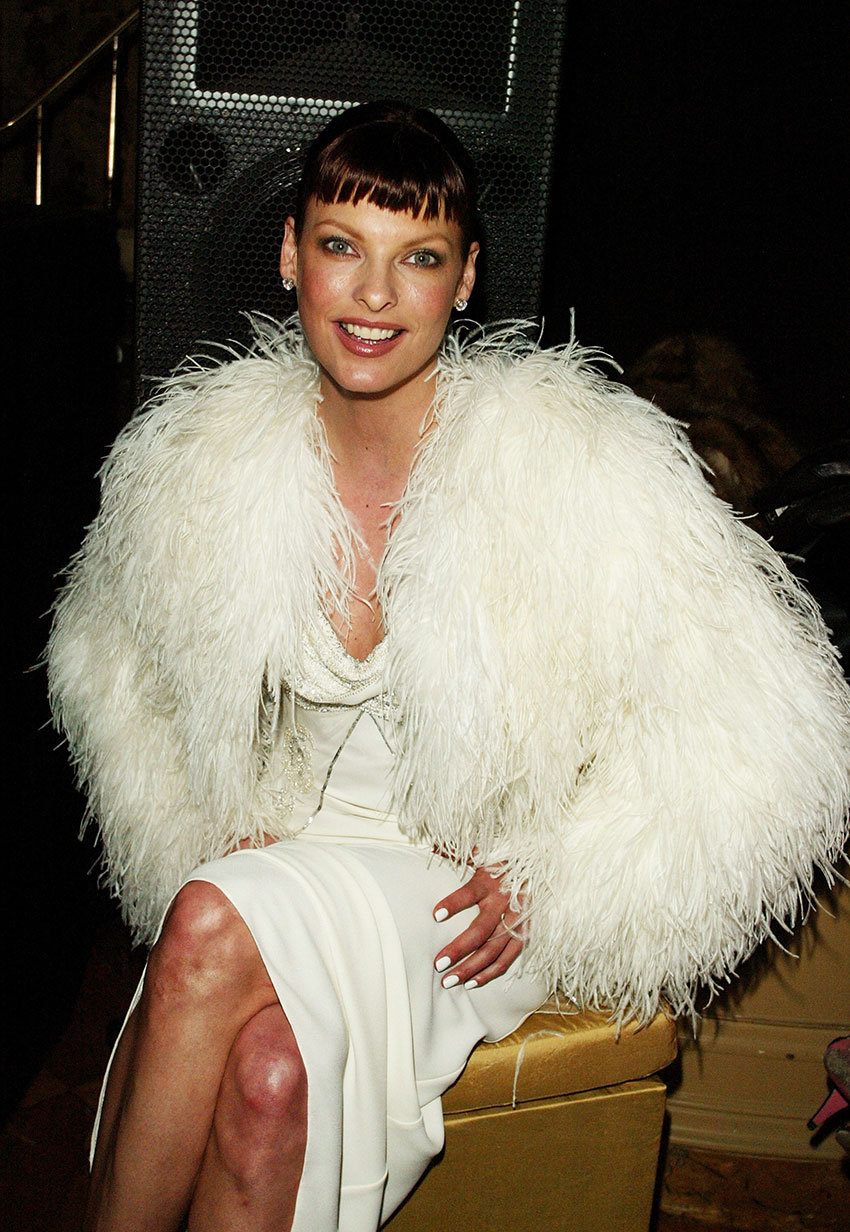 In the People article, Evangelista pokes at one of her fat deposits. “Versace won’t want to dress me with that sticking out from my body,” she says. If your whole identity and source of income has been the otherworldly beauty of your youth, maybe you're a little robbed of the freedom that getting older brings. For many women, the freedom from having to conform to those beauty norms as we age is pure bliss. I'd love to think that the Coolsculpting incident had brought Linda something like freedom. But she's still holding onto who wants to dress her. And I predict that if not Versace, some other designer will want to dress her. Soon, Evangelista will have a triumphant return to the runway, courtesy of some Parisian fashion house, which will do the great good deed of bringing this maimed beauty back into the fold and, in the process, demonstrating how broad-minded and accepting that brand’s vision of beauty has become. She’ll walk the runway in some thousand-ply cashmere caftan, and everyone will weep. Me included.

Go ahead, you deserve to